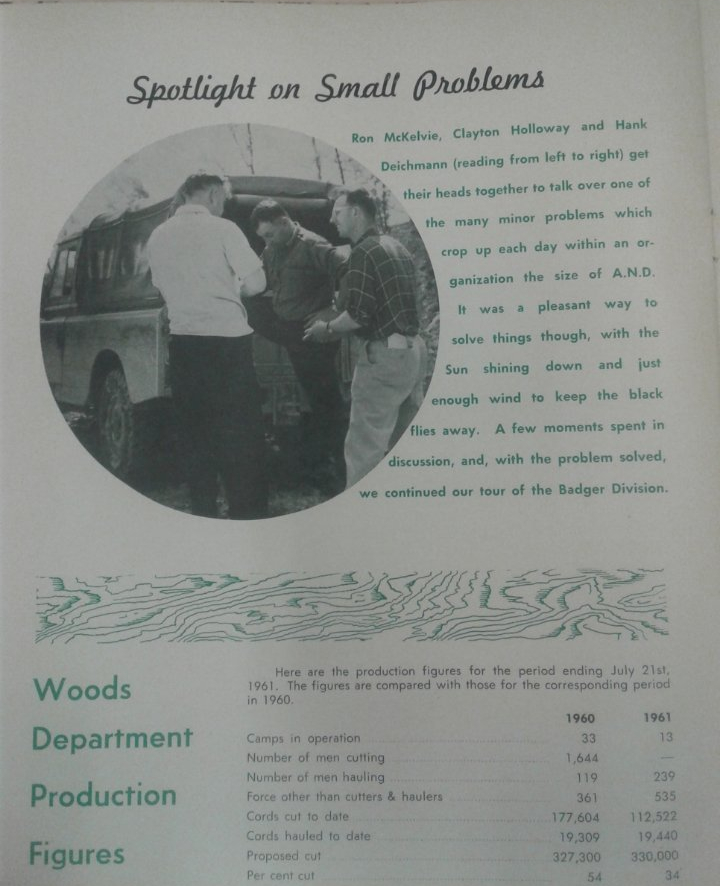 Interesting snapshot of how many contractor foremen were employed by the Anglo-Newfoundland Development Company in 1947. This was one of the peak years in terms of the number of men employed in logging in Newfoundland. In all likelihood each one of these names represents at least one set of camps.

There area number of names here that would still be operating 15 and even 20 years later, a few were gone altogether and some who were replaced by their sons, as is the case with Eli Peyton, father of Mac Peyton.

The first table consists of the names of the AND Company contractors who were part of the first contractors association in 1947.

Contractors not on my list, but recorded elsewhere in the 1947-48 time period.

Anglo-Newfoundland Development Company Contractor Foremen in the 1950’s and 60’s. (Note that some contractor-foremen recorded in the 1947 list such as Leslie Harris were still active in this time period).